It has been a tough year for all of us. Thankfully, the difficult times inspired many kind-hearted individuals to spread positivity and uplift their community. One woman, Kimberly Wybenga, wanted to help brighten her loved ones’ days so she thought up dozens of compliments and handwrote them herself!

Kimberly, 38, first thought of 10 friends who might need a daily dose of positivity. So she bought 10 small jars to be filled with her handwritten compliments.

Kimberly shared that writing the compliments brought her happiness, too!

She decided to buy 20 more jars, which were soon followed by another 20. She ended up writing a total of 1,750 compliments for 50 jars meant for 50 people!

Kimberly told GNN, “I know everyone is dealing with some kind of struggle and I just thought it would be nice to support them any way I could, even if I didn’t know what they were going through.” Her kindness and positivity definitely reached — and touched — the recipients.

One of the recipients shared, “Sometimes the universe knows exactly what you need. This touched me to the core. The thoughtfulness that went into this is amazing.”

“I hope whoever did give this to me realizes just how much I needed this gift,” another recipient said. “I’ve opened it and read one when I needed it, but tonight I dumped it all out and read every single nice thing this person said about me.”

Kimberly did her best to remain anonymous throughout her deliveries. She signed off each card as only “a friend.” 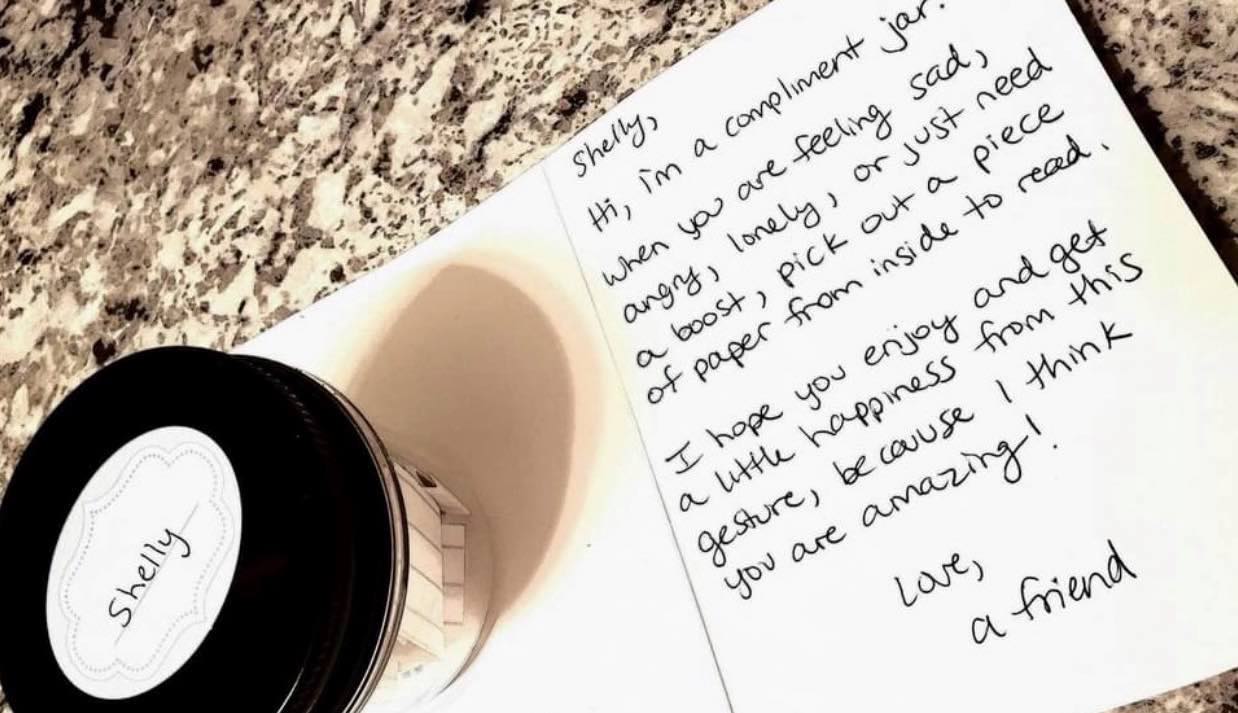 Kimberly even went so far as to disguise herself so she would not be recognized when caught on camera. She sported a black jacket, tuck her hair in a beanie, and wore a mask as she put the care package on her friends’ doorsteps. She even parked her car on streets where it wouldn’t be recognized!

Despite all her efforts, however, some of her friends recognized her handwriting or her zip code.

Making other people happy also brought Kimberly happiness. After all, she said, “The world is a better place with all my friends and family.”

She recently shared the story on YouTube to inspire others to spread happiness.